The Tealhinator (occupation by RNN)

Becoming a Pinter, Garner, Pepytatil Nurse, Chief Infospation Officer or Tealhinator, as a career choice, seems to be completely fine in the eyes of a Recurrent Neural Network

The context? Generating new occupations based on existing ones

In order to get existing job titles – Wikipedia was consulted

At start, plan was to write a crawler, but the idea was remised in favor of a more “cavalier” code that utilizes MediaWiki API

To retrieve all known professions, URL walk through initial lists of occupations is required. Titles from second level are subsequently fetched, and the special ones (e.g. Category:, Talk:) or references to nested lists are removed

The output? First level salvage returns 14 categories (scientific, healthcare, artistic…), while the second one, final set of all known job titles, barely gets to 865

Since we’ve already prepared code to bootstrap Karpathy’s RNN before, next step was merely gluing it to abovementioned Python code for getting input data

Based on the previous experience, Amazon Linux distribution was used (~7-11x faster processing than remaining default EC2 distros), now in the updated flavor of AL2

Machine Learning and Neural networks thrive on large input datasets, while we’re dealing with less than 1k records here. Hence, in order to make the most of it, we’re forced to heavily tweak and try various arrangements of hidden layers, dropouts, RNN and batch sizes

On more than a dozen t2.medium instances with Amazon Linux 2 planted, after multiple train setups tested, three configurations yielded the most:

Automated job title generation on a new VM, with last row’s parameters for RNN can be triggered via: 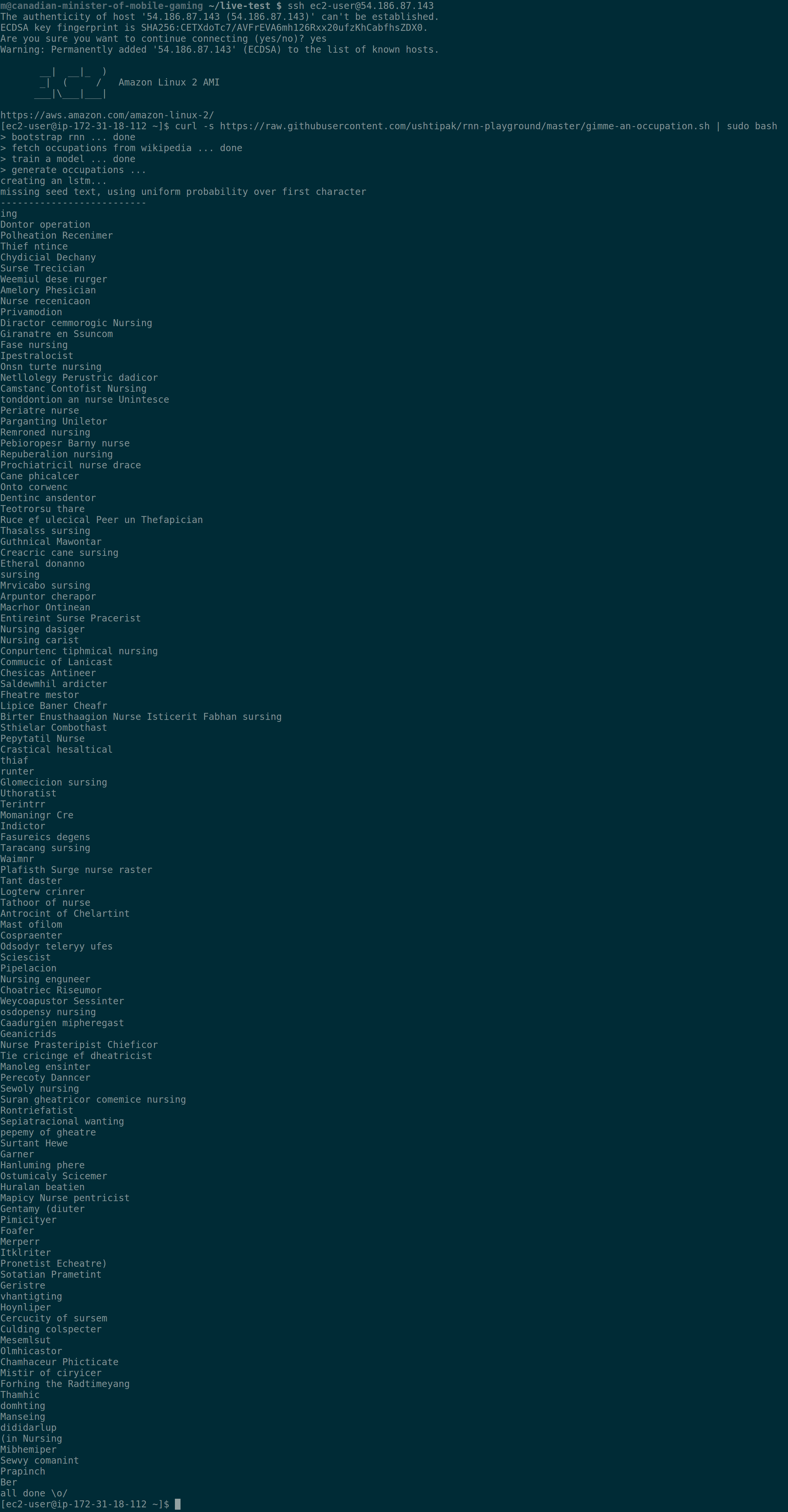 In all variations, however, generated titles were mostly random. Roughly 10% is meaningful, which is, having in mind dreadfully terse input, quite expected:

Still, author’s Linkedin job position is updated with one from the headline – who knows, Tealhinator might become highly demanded position in close future